This one, is a special one. Several weeks ago the assignment was almost stolen from me by the one it was actually for, haha! Complicated story?

It was the idea from a group mommy’s I met online. We wanted to surpriste someone in the group, who is currently pregnant, with a nice babygift. The group suggested I would crochet something. A nice baby sleepingbag, details would be discussed later. Two weeks after that, the person who it would be for, asked in our shared Whatsapp group if I perhaps had a pattern for the picture below. She wanted to make one with her mother! 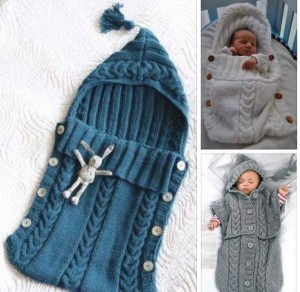 Our first idea for a gift for her, she already took away months ago; a 3d Ultrasound. So now we said: ‘No! This will be our gift now!’ She had to laugh and gave the Ok. So I set to work.

I chose Drops Cotton Light for the yarn. It’s a nice, strong, light and soft yarn, perfect also for the spring/summer when the baby will be born. 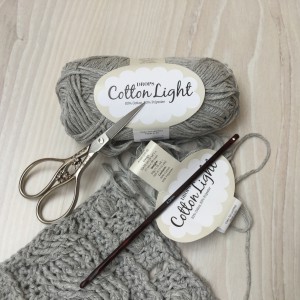 Looking at the picture she showed in the Whatsapp, I tried several pieces of cabling, to see how it would work out and what size hook to use best. 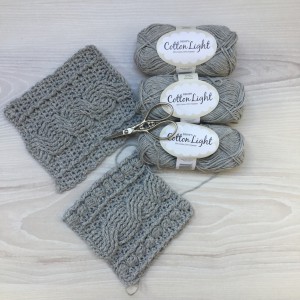 After some practice, I had the general idea for the sleepingbag in my head. And after a little doodling on paper, I just started with the startingchain. 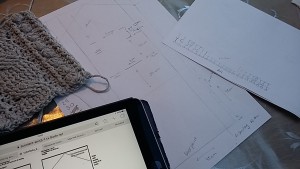 I am scared I might make mistakes, not having a complete written pattern, and that I have to take out a lot of work. Because that’s what this project is, a lot of work! Baby is due for the beginning of May, so I have some time, but it’s approaching fast. I’m going to work hard to get it finished in time!

So that’s What I’m Doing Now. 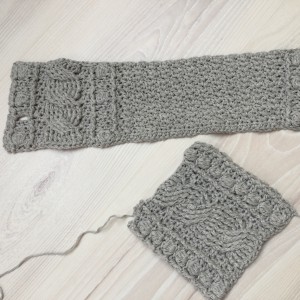 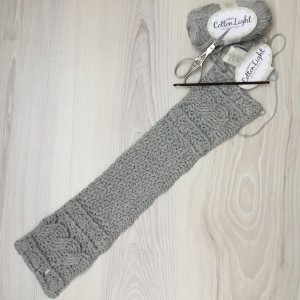